“STB infection is almost unavoidable in Tasmania’s cool, wet growing conditions. However, Tasmanian growers have learned to use all their agronomic options to reduce their reliance on chemical controls.”

Zymoseptoria tritici, the causal pathogen for STB, survives on wheat stubble and releases wind-borne ascospores after the onset of autumn rain events. Following the infection of plants by these ascospores, asexual spores are produced and spread disease within the crop via rain splashes.

Worldwide, STB has demonstrated its ability to rapidly evolve mutations with resistance to frequently applied fungicides and reduce their effectiveness. There have been several cases of Z. tritici developing complete resistance to Group 11 (QoI) strobilurins.

“North-west Europe lost all strobilurin effectiveness against STB between 2002 and 2004, while New Zealand growers lost it between 2011 and 2013,” he says.

While strobilurins are still effective in Australia, Mr Poole considers Tasmania to be the country’s front line in managing fungicide resistance in STB.

“Over the past five years we have noticed a clear reduction in the effectiveness of the Group 3 demethylation inhibitors (DMIs), particularly the performance of flutriafol and tebuconazole,” he says.

“STB infection is almost unavoidable in Tasmania’s cool, wet growing conditions. However, Tasmanian growers have learned to use all their agronomic options to reduce their reliance on chemical controls.”

Historically, fungicide would often be included with early-season herbicide treatments as protection against possible infection.

This practice increased selection pressure for fungicide resistance and reduced the availability of the chosen mode of action (MoA) for more critical applications later in the season, especially following emergence of the top four canopy leaves (flag, F1, F2 and F3) from growth stage 31.

These four leaves are commonly referred to as the ’money leaves’ due to their importance in generating carbohydrates for grain fill. As a result, protecting them provides the greatest return on fungicide expenditure.

Because of their earlier and more frequent applications, Tasmanian growers were starting to notice reduced fungicide effectiveness against STB, often characterised by the need to keep increasing the application rate to achieve a previously experienced level of disease control.

Awareness of this fungicide resistance risk means growers now aim to reduce disease pressure through agronomic practices – such as planting their susceptible wheat varieties later. This reduces the crop’s exposure to the main autumn and early winter spore release from the previous season’s stubble, which is generally when Z. tritici spreads into new crops and regions.

“With support from the Grains Research and Development Corporation, our Hyper Yielding Cereal Project1 identified several varieties with useful STB resistance and yields that were superior to the more susceptible cultivars being grown,” Mr Poole says.

Mr Poole says grazing has also been identified as an agronomic option in the battle to suppress STB.

“Grazing up until early stem elongation increases airflow and lowers humidity in the crop,” he says.

“Grazing can be a valuable alternative to spraying as this early period frequently coincides with the most favourable conditions for STB spread within a paddock, including early spring rain-splash events.”

Even though such agronomic practices have helped reduce their reliance on chemical controls, Tasmanian growers may still need to apply three or four fungicide treatments per season to control pathogens in their wheat crop.

Awareness of the fungicide resistance risks now means products from the same MoA group are not applied twice in a row. This is particularly important with the Group 11 QoIs and Group 7 SDHIs, which are at higher risk of resistance development in the pathogen.

Ideally, each of these MoAs should only be applied once per season.

With the Group 3 DMI triazoles, which form the backbone of many fungicide use strategies, limiting their use to one or two applications is simply not possible when three to four treatments are needed over a season. In those cases, growers and advisers should aim to rotate triazole active ingredients and avoid repeating the same triazole twice in a row.

Mr Poole says the overall goal is to reduce the pathogen’s exposure to vulnerable chemicals and avoid creating a selection pressure that favours resistant strains.

“When disease pressure is high, so too is the selection pressure, so growers should apply the Group 11 QoIs and Group 7 SDHIs in a mixture with Group 3 DMIs,” he says.

“When the disease pressure is low there’s much less risk in applying a Group 3 DMI compound alone, provided growers and advisers take care to alternate their use and spray a different DMI active ingredient at the next application.”

Mr Poole says a more integrated disease management strategy has put Tasmanian growers and advisers on the front foot against a wheat disease that is difficult to control.

“In general, Australia’s climate isn’t that conducive to STB but our farming practices can be,” he says.

“The more we minimise our reliance on these important agrichemicals, the longer we’ll have them in our arsenal.” 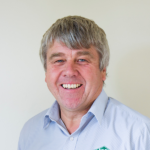