Multiple cases of fungicide resistance and reduced sensitivity have been identified in Australian grains crops since 2010. New cases have been reported regularly over the past decade, and more are expected to arise as survey and detection techniques become more sophisticated.

Fungicide resistance occurs when a previously effective fungicide fails to control a disease. It is a preventable issue, that can arise when fungi are exposed repeatedly to the same fungicide or fungicide actives from the same chemical Mode of Action (MoA) group. It can become a major constraint to good disease control, especially where no alternative fungicide or effective host-plant resistance is available.

Sensitive Fungi are considered sensitive when they are killed by a fungicide at label rates.

Reduced sensitivity Fungi are considered as having reduced sensitivity to a fungicide when a fungicide application does not work optimally, but does not completely fail. In most cases, this would be related to small reductions in product performance, which may not be noticeable at the field level. In some cases, growers may find that they need to use increased rates of the fungicide to obtain the previous level of control. Reduced sensitivity must be confirmed in the laboratory.

Lab detection Measurable decrease in the sensitivity to the fungicide when the fungus is cultured in the lab (i.e. an increase in the EC50 value) and/or detection of known or novel molecular mechanisms (e.g. genetic mutation, changes in target gene expression etc.) of a fungal isolate. These changes can often be detected in the laboratory before, or independent of, any loss of fungicide efficacy is detected in the field. Lab detections, in the absence of any detectable field level resistance or clear association with well-characterised reduced sensitivity, are an indicator of risk – and may indicate that continued use of a particular active chemical or MoA group may result in fungicide resistance developing in the field. Where these risks are definitively and clearly associated with reduced sensitivity (e.g. in scientific literature or by fungicide resistance experts), lab detections may be used to characterise a fungicide-pathogen interaction as reduced sensitivity in the absence of field reports. 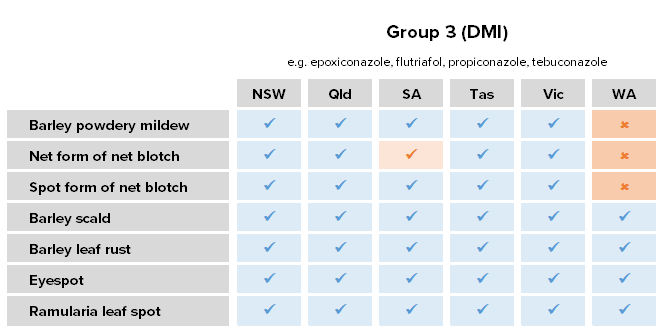 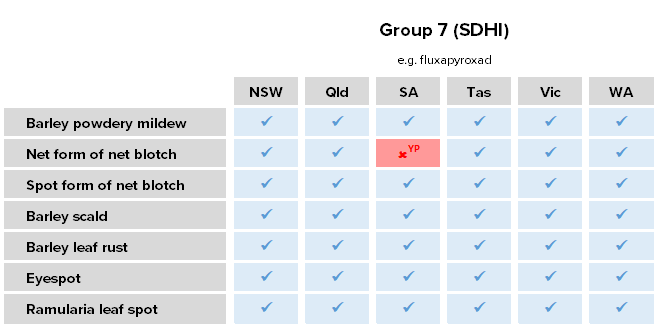 Note – Key locations shown in superscript. Detail on status of active compounds within each MoA group detailed in each disease section. Farm-level or regional field performance may vary to that recorded here. 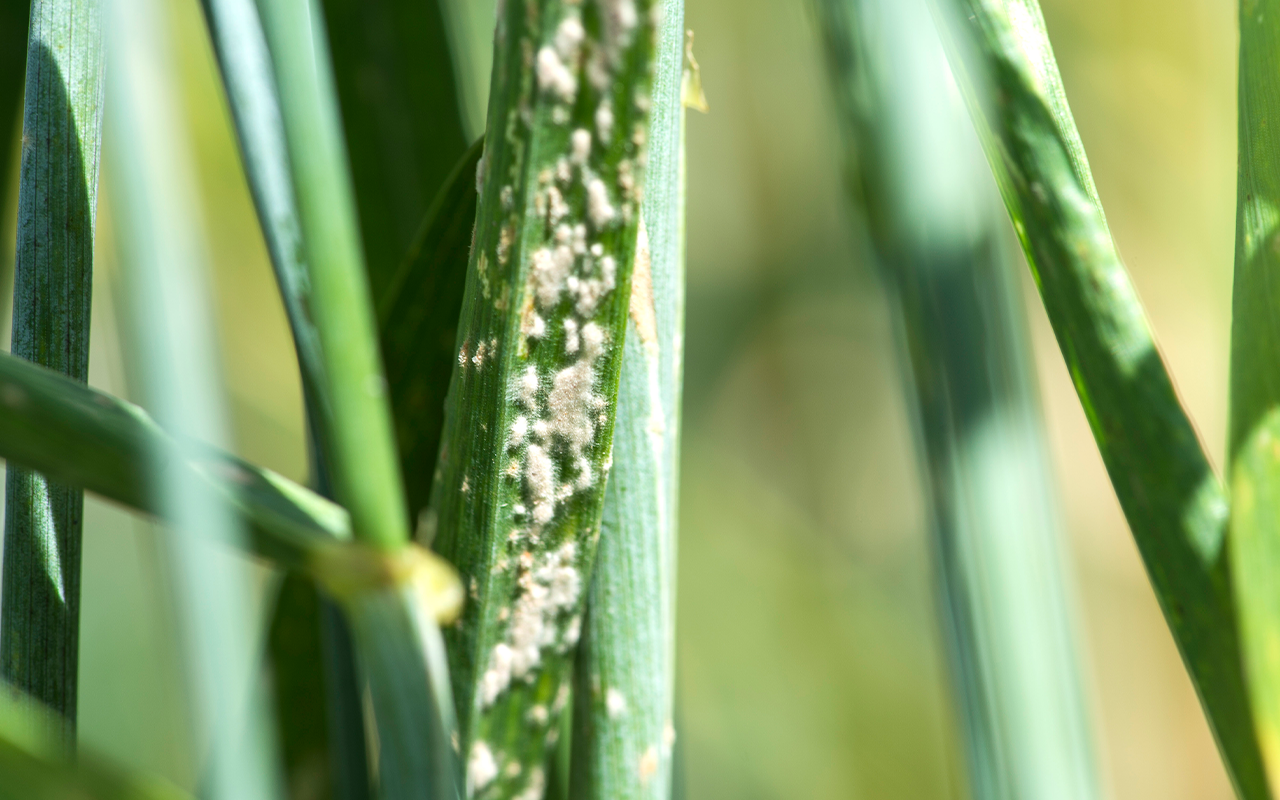 Barley powdery mildew is an important disease of barley, especially in the western and northern regions. It is also potentially very damaging in the southern region, but has been managed well by keeping inoculum levels extremely low. Severe infections can occur in winter during both early and later crop growth and can cause significant yield loss in crops with high yield potential. Barley powdery mildew is typically favoured by: susceptible and healthy hosts, mild and humid weather (15-22°C, RH > 70%), dense crop canopies, good soil moisture profiles, and extended periods of humid and damp canopies. It is spread predominantly via wind-borne spores, as well as stubble and survival on volunteer plants. 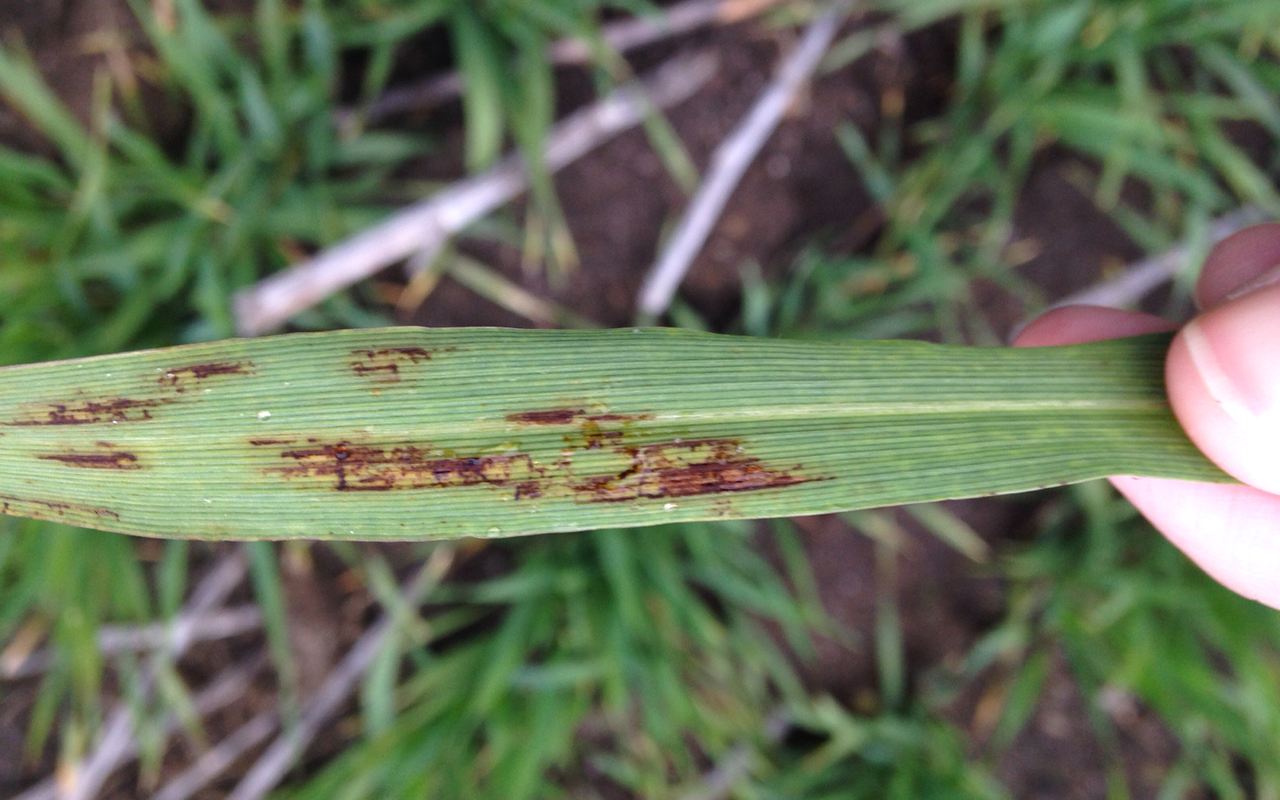 Net form of net blotch (NFNB) is an important and increasingly frequent disease of barley across all growing regions, especially in mid to high rainfall zones of South Australia and Western Australia. It is particularly prevalent in wetter years, in systems with high inclusion of barley in rotations, and where barley is sown into paddocks with high stubble loads. Severe infections can cause 20-50% yield loss and significant reduction in grain quality. NFNB is typically favoured by: susceptible hosts, early sowing, mild weather (15-25°C) and extended periods of leaf wetness. It survives between seasons on stubble and volunteer plants. NFNB can be much more damaging than SFNB. 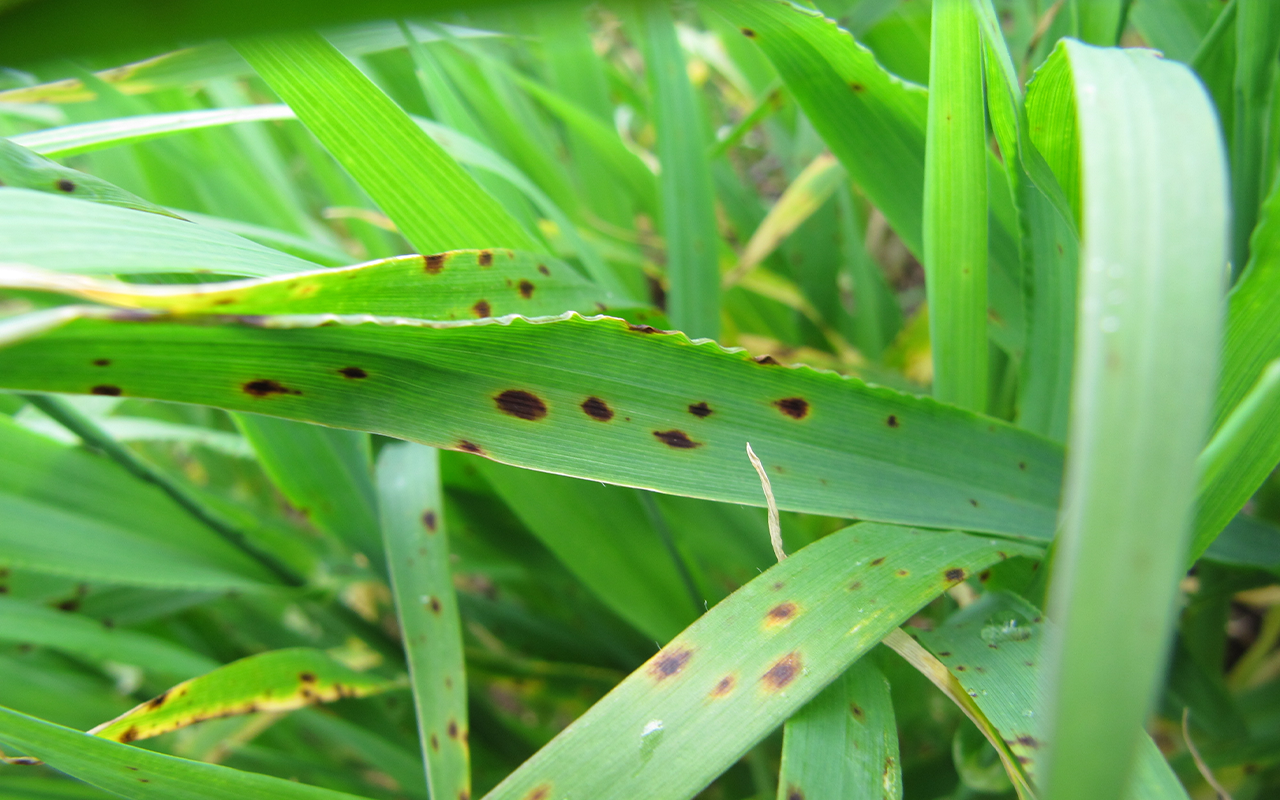 Spot form of net blotch (SFNB) is an important and increasingly frequent disease of barley across all growing regions, of Victoria and Western Australia. It is widespread in Victoria due the cultivation of susceptible varieties. It is particularly prevalent in wetter years, in systems with high inclusion of barley in rotations, and where barley is sown into paddocks with high stubble loads. Severe infections can cause 10-30% yield loss and significant reduction in grain quality in susceptible varieties. SFNB is typically favoured by: susceptible hosts, mild weather (15-25°C) and extended periods of leaf wetness. It survives between seasons on stubble. Like NFNB, it is more difficult to manage when it occurs earlier in the season. SFNB is usually less damaging than NFNB, and more common early in the season.

Note – –Detail on status of active compounds within each MoA group detailed in each disease section. Farm-level or regional field performance may vary to that recorded here. 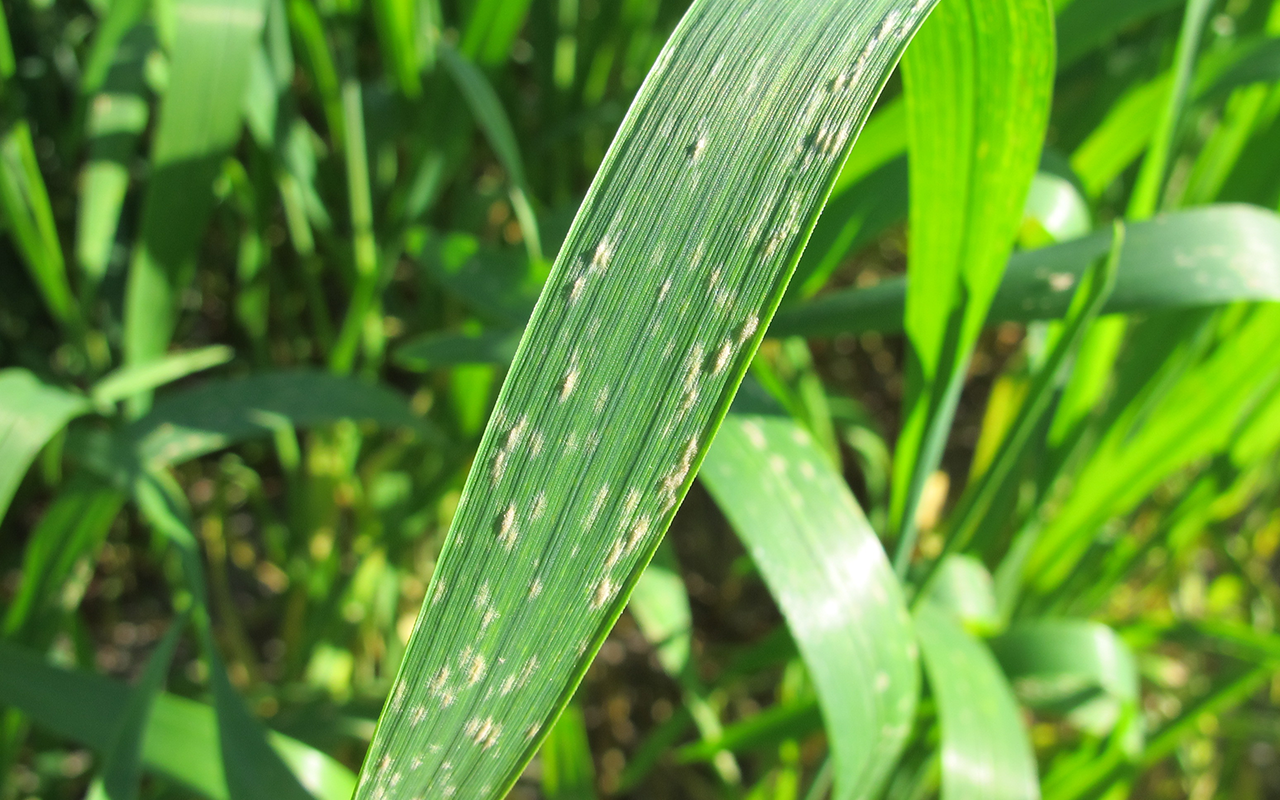 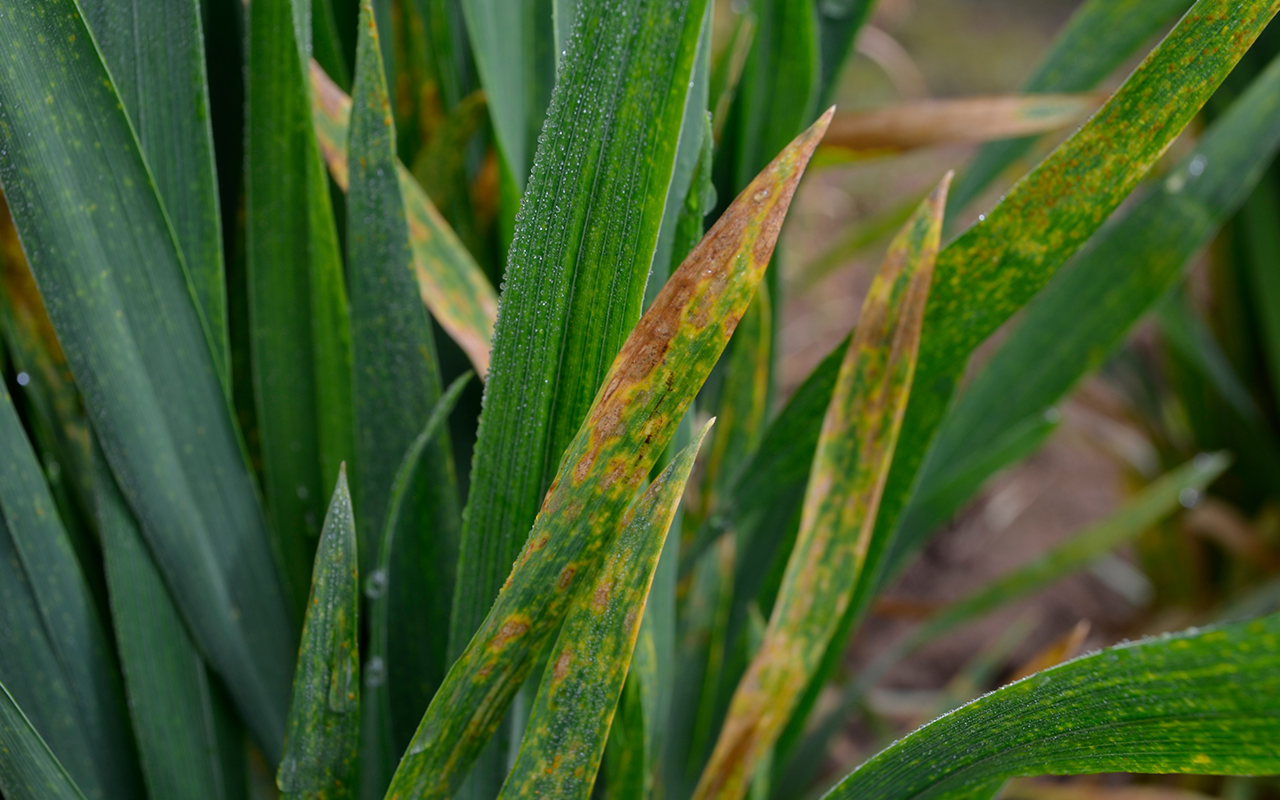 Septoria leaf blotch is an important disease of wheat, particularly in high rainfall areas of the southern region. It is more common in early sown crops and in wet springs, and is typically favoured by: stubble retention, susceptible cultivars, cool, wet weather (15-20°C, RH > 70%), dense crop canopies and extended periods of leaf wetness or dew. It can cause up to 20% yield loss annually, and much more (>50%) in conducive years. It survives on stubble. 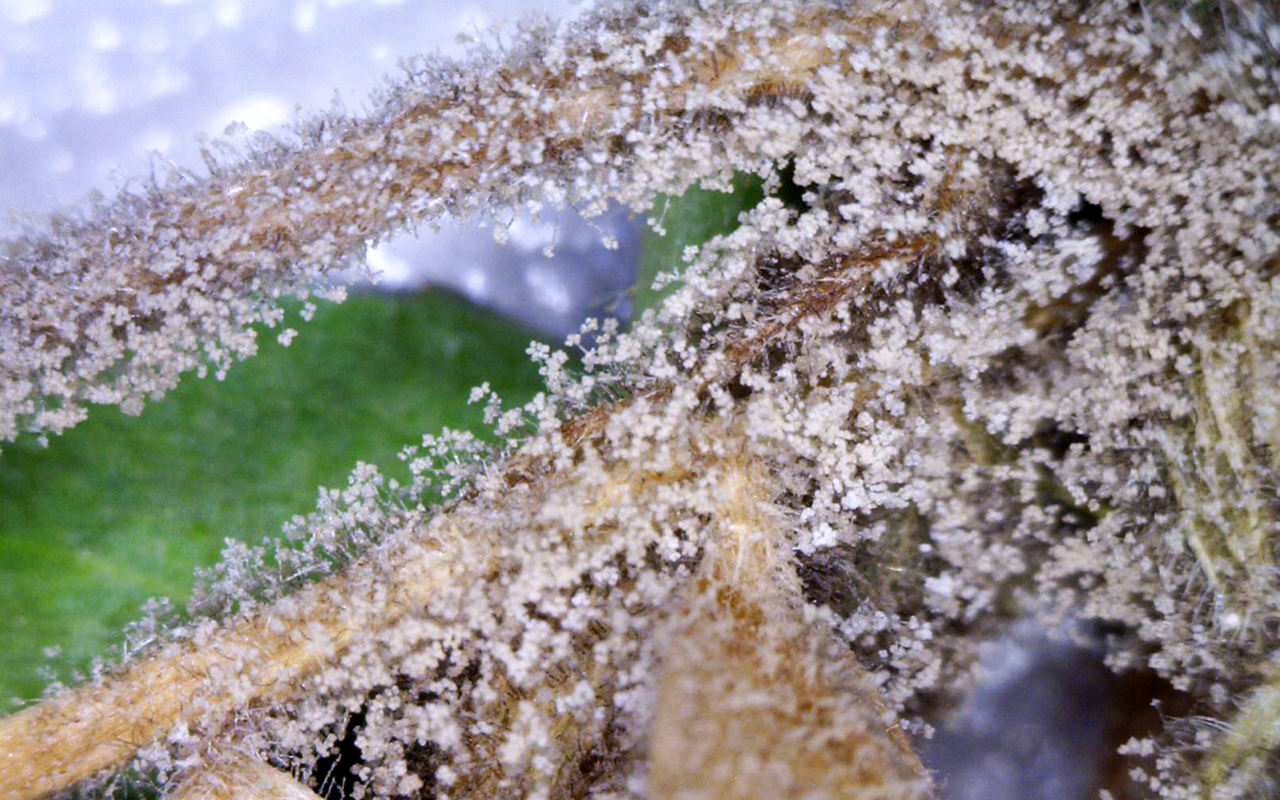 Botrytis grey mould is a serious disease of chickpea, especially in the southern growing regions. Prior to the incursion of Ascochyta blight, it was considered a major disease of chickpea. It has a wide host range, across grapes and multiple pulse species. This wide host range, combined with its capacity to survive saprophytically, mean inoculum is rarely limiting and infections can proceed quickly when conditions favour infection. Botrytis grey mould is typically favoured by: crops with closed canopies and temperate, wet weather (20-25°C, RH > 90%). Yield reductions can result via seedling loss due to seed-borne root rot, and infection of stems, flower pods and leaves throughout the season. Yield loss in unprotected crops can be as high as 10-25% under conducive conditions, and can cause complete crop failure in extreme cases. It is spread predominantly via airborne spores, infected alternative hosts, and contaminated seed, soil and stubble. 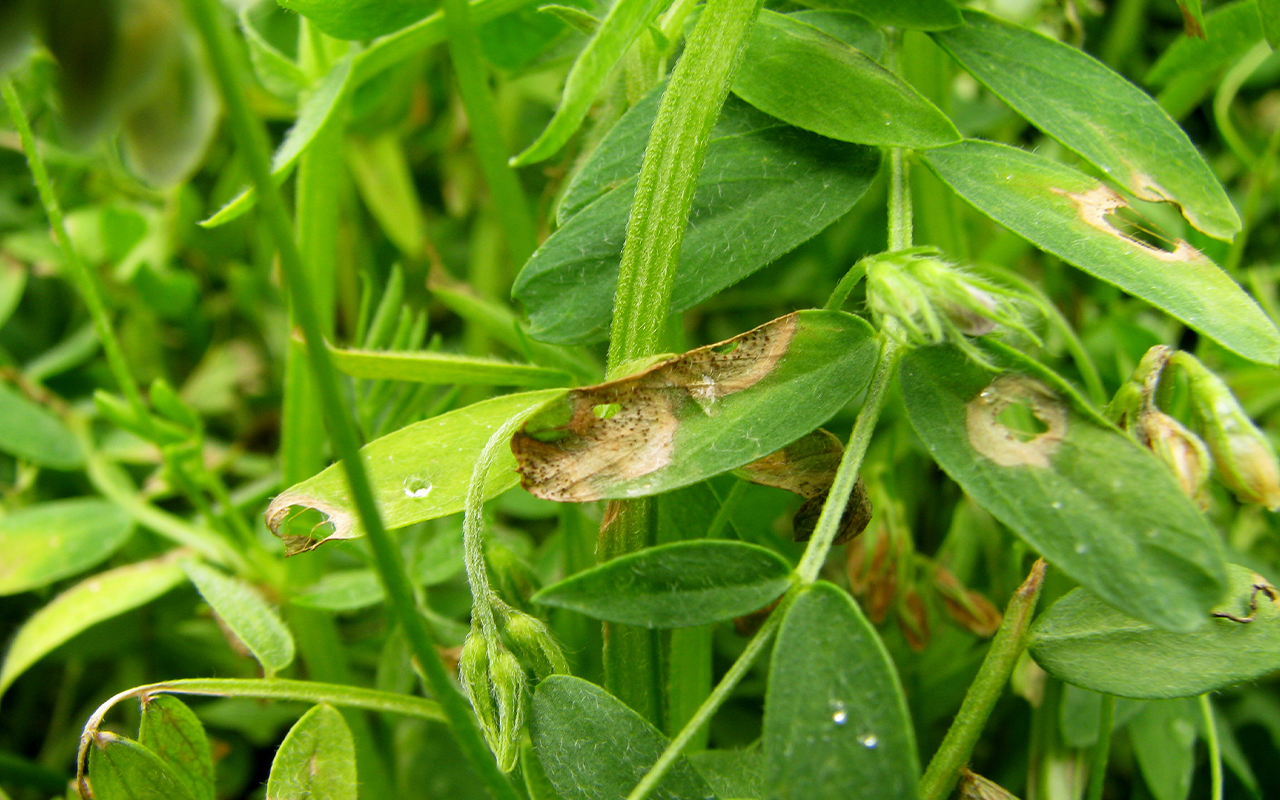 Ascochyta blight of lentils is an important disease of lentils in Australia, especially in the key growing areas of the southern region. It can affect all above-ground plant parts from leaves and stems to flowers and pods, and is often inconspicuous, relying on close inspection to detect it. It is favoured by: prolonged cool and wet conditions (5 to 15°C) early in the growing season, and heavy rainfall later in the season to establish pod and seed infections. Unprotected crops can lose more than 50% in yield and in severe cases the crop may drop all of its leaves. It is spread via stubble, self-sown plants and seed.

Note – Detail on status of active compounds within each MoA group detailed in each disease section of the Management Guide. Farm-level or regional field performance may vary to that recorded here. 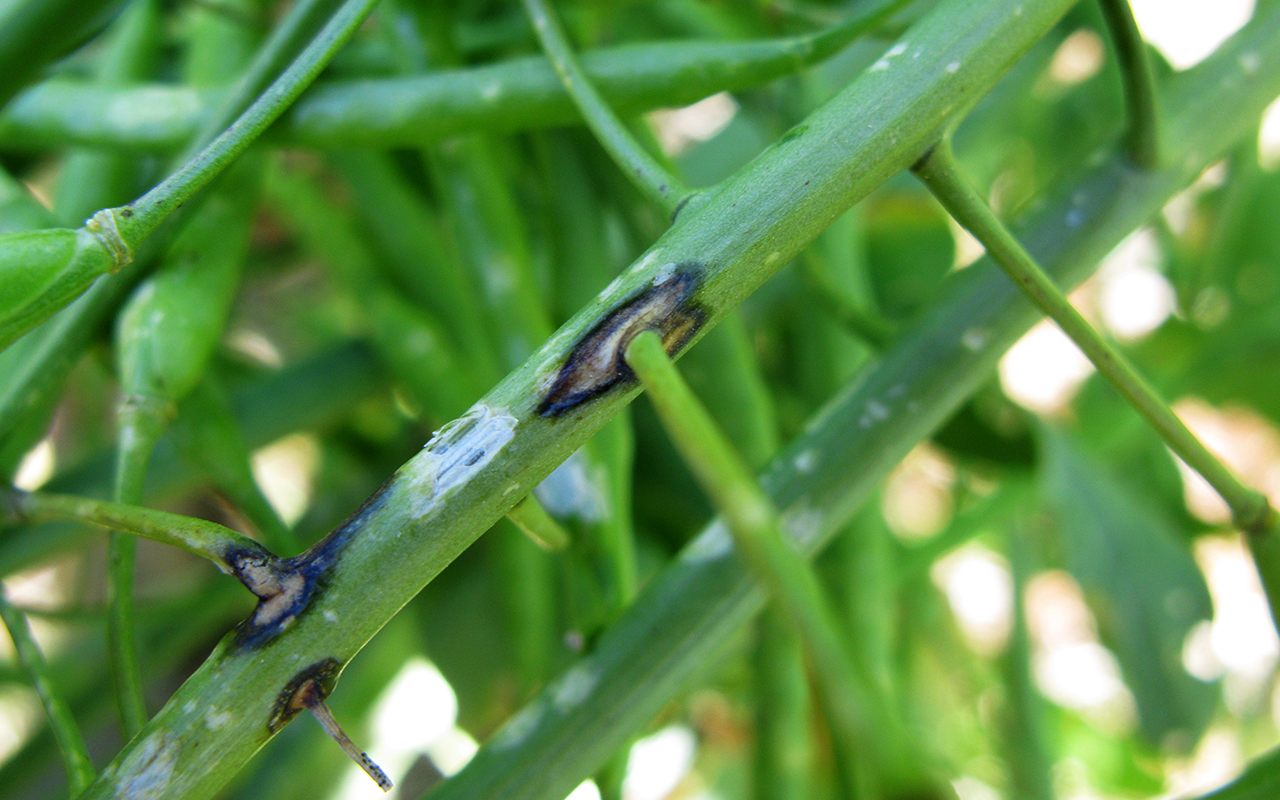 Blackleg is the most important and costly disease of canola in Australia, and is widespread in all growing regions. Blackleg is typically favoured by: high intensity canola plantings, high annual rainfall (>500 mm), high total rainfall in the three months prior to sowing (Mar-May; >100 mm), susceptible cultivars, and extended periods of leaf wetness (> 48h). It can cause yield losses of 50-90% in conducive years. It is a stubble-borne disease and therefore spores are spread/released from stubble remaining from the previous season.

Reduced sensitivity – Group 3 target-site overexpression associated with reduced sensitivity to the fungicides flutriafol, fluquinconazole, prothioconazole and tebuconazole confirmed via in planta and in vitro assays for isolates from NSW, SA, Vic. and WA populations.