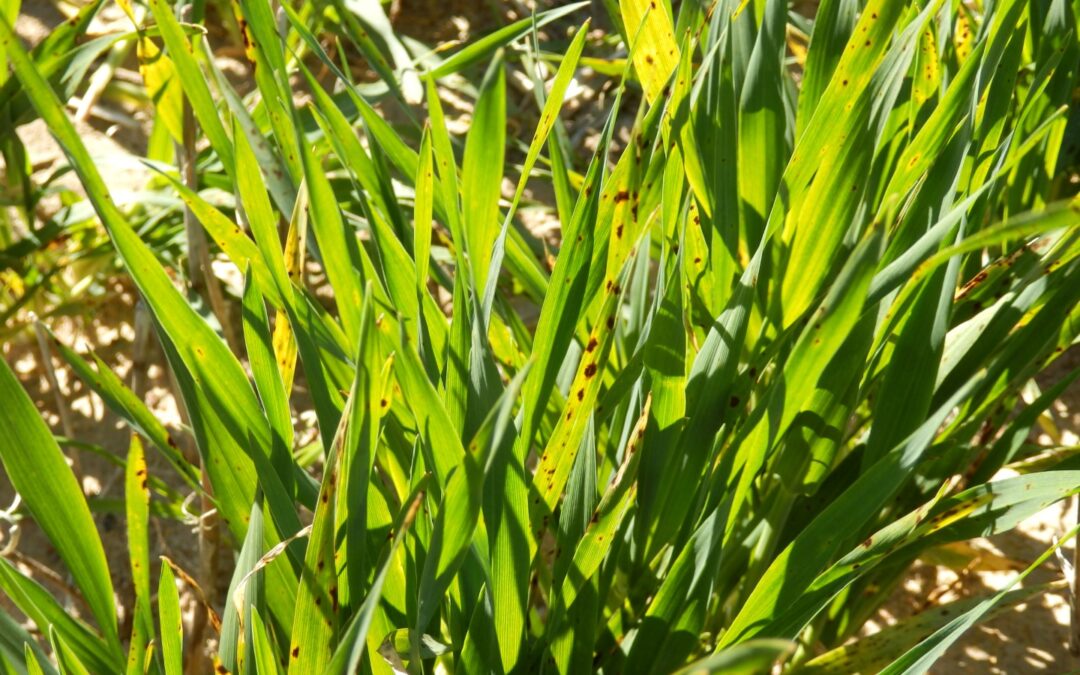 Western Australian growers are urged to be on alert following the discovery of succinate dehydrogenase (SDHI, Group 7) resistance in spot form of net blotch (SFNB) in barley crops in the WA grainbelt.

The fungicide resistance was uncovered in samples collected from the Cunderdin region and marks the first time SDHI resistance in barley SFNB has been confirmed in Australia.

Researchers from the Centre for Crop and Disease Management (CCDM) – a co-investment by the Grains Research and Development Corporation (GRDC) and Curtin University – confirmed the presence of SDHI resistance in a sample sent to them by local agronomist Dan Taylor, after he became concerned about disease levels in a barley paddock.

CCDM researcher Wesley Mair said genetic analysis of the SFNB pathogen isolated from the initial sample also showed multiple mutations in the target of the SDHI fungicides, suggesting resistance may have been developing over a significant period of time.

“Initial testing identified the presence of SFNB resistant to SDHIs, so we followed up with a more comprehensive ground survey from areas around the Cunderdin region,” Mr Mair said.

A total of 124 samples from five paddocks within a 10 kilometre radius of Cunderdin were collected, in partnership with Dan Taylor, and then analysed by CCDM researchers in the laboratory.

“While the results confirmed the presence of low frequencies of SDHI resistance in three of the surveyed paddocks, more than 40 per cent of disease lesions tested positive for reduced sensitivity.” (Fungicide sensitivity definitions are listed at the end of this document)

CCDM’s fungicide resistance expert Fran Lopez-Ruiz says researchers have run a monitoring program for SDHI resistance in WA since 2014, but this is the first time it has been detected in SFNB of barley.

“SFNB is a prevalent foliar fungal disease in Australian barley and the most widespread in WA, so being able to detect early signs of SDHI resistance is very important for the industry,” Dr Lopez-Ruiz said.

The barley samples were from a barley-on-barley rotation with fluxapyroxad (Group 7) used over consecutive years.

According to CCDM director, Professor Mark Gibberd, this latest discovery is indicative of changing patterns in the significance of the net blotches to barley production in the Australian grains industry.

“Net blotches are a major limitation to the yield of barley in Australia and, while closely related, there are two main types – spot form net blotch (SFNB) and net form net blotch (NFNB). In WA we have seen a changing pattern in the distribution of impact of the two types due to an increasing area sown to barley, reliance on SFNB susceptible varieties and a considerable reduction in the rotation time for this crop in all rainfall areas,” Professor Gibberd said.

“Importantly, efforts to enable the development of new crop varieties with high levels of disease resistance to the net blotches are advancing at the CCDM.

The Cunderdin discovery follows the detection last year of cases of resistance to SDHIs in NFNB in Australia’s southern growing region.

“We have already seen examples in South Australia of how selection pressure, due to limited crop and chemical rotation, has sped up the evolution of net blotch fungicide resistance and it appears to be the same drivers here,” CCDM’s Dr Lopez-Ruiz said.

“Good integrated disease management plans for next season should now be a priority for growers in the Cunderdin region by limiting resistance spread through stubble management and protecting their seed with a formulation that does not contain a SDHI.”

GRDC senior manager crop protection, Emma Colson, said the first-time discovery of SDHI resistance in barley in WA reinforces the importance of investment in research and development in the Australian grains industry.

“It’s critical that any signs of resistance are confirmed as quickly as possible so management strategies can be updated and acted upon. The more effectively we can identify the risk, the more efficiently we can help growers deal with it.” Dr Colson said.

This latest SDHI resistance discovery is a timely reminder to growers and advisers of the need to be vigilant in monitoring for disease and to implement an resistance management strategy that has an integrated approach. This includes:

Sensitive: Fungi are considered sensitive when they are killed by a fungicide at recommended label rates.

Reduced sensitivity: Fungi are considered as having reduced sensitivity to a fungicide when a fungicide application does not work optimally, but does not completely fail. In most cases, this would be related to small reductions in product performance, which may not be noticeable at the field level. In some cases, growers may find that they need to use increased rates of the fungicide to obtain the previous level of control. Reduced sensitivity needs to be confirmed through specialised laboratory testing.